What happens when you let three renowned Dutch jazz musicians team up with four top 'flamencos'? That's what we will find out in this new creation of the Flamenco Biennial.
The Ultra High Flamenco [UHF] quartet loves improvising inside and outside flamenco. The band led by bassist Pablo Martín excels at innovative and jazzy interpretations of various traditional flamenco styles. Together with the Dutch Oene van Geel trio, plucking, picking and bowing the seven men push the envelope of flamenco's rich rhythms. This septet may spring a few surprises at the festival with new, contemporary and unexpected (flamenco) sounds. Ultra High Flamenco in the Low Countries! [group photo 2015: Martijn van Beenen]

In between the programme La Fábrica and BvR Flamenco-jazz 6tet will perform in the foyer.

‘Olé to new Flamenco morals.’ (...) ‘Groups like UHF may inspire flamenco for years to come, "without boundaries" of any type or description.’ NRC Handelsblad

‘Oene van Geel is a musical adventurer, a virtuoso improviser who strokes, plucks and even drums on his instrument. With his ‘chamber music sensibility, a thorough knowledge of the principles of Indian music, hardcore improvisation technique and the straightforwardness of pop music, Oene van Geel has given jazz new avenues of exploration.’ VPRO Boy Edgar Award jury report

Biographies
UHF
Four musical friends who had crossed each other's paths for years as ‘sidemen’ of guitar masters like Tomatito, Vicente Amigo, Gerardo Núñez and pianist Chano Domínguez, in 2007 joined forces in a brand new flamenco jazz quintet. Ultra High Flamenco is ‘free style flamenco’. Using the flamenco grammar as an inexhaustible source of possibilities in their compositions, the group is united by a shared musical passion to explore the boundaries of the genre with fun and imagination. In 2011 they released ‘Bipolar’, their second CD. The group made its début in 2008 at the second Flamenco Biennial.
www.ultrahighflamenco.com

Oene van Geel Viola player and composer Oene van Geel (1973) is a musical trailblazer. Influenced by jazz, Indian music, chamber music and free improvisation, he puts his virtuoso improvisational skills and his compositional talent to use in a multitude of musical activities. He has toured throughout Europe, India, Japan, the United States and Canada.As a musician, he is currently involved with Zapp4, Estafest, The Nordanians and OOOO.
www.oenevangeel.com

Tony Roe is the pianist, composer and band leader of the trio Tin Men & The Telephone, which is creating waves with inventive use of video, live-sampling and interactive technologies. Their latest album Appjenou?! was released in the form of a mobile phone app. Tony Roe studied classical piano at the Koninklijk Conservatorium in The Hague, jazz piano at the Amsterdam Conservatorium and music technology at the HKU. In New York he took lessons from kindred musicians Jason Moran, Jean-Michel Pilc and Ari Hoenig. He was chosen to write the Composition Assignment for the 2014 North Sea Jazz Festival.
tinmenandthetelephone.com 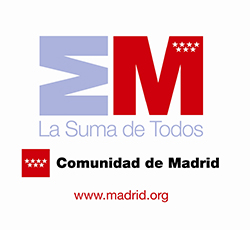