‘She is short and squat, but she dances like God.’ Spanish flamenco critics are often divided, but they are all agree on one thing: Rocío Molina (Malaga, 1984) has started a new era in female flamenco dancing. She is her own woman, and with stunning certainty, sensuality and deeply moving musicality gives her very personal interpretation of flamenco.  ‘As soon as she comes on stage, the transforms it into a garden full of flamenco poetry,’ the press wrote.

Rocío Molina has firm roots in tradition, but she gives flamenco dance an exciting new look. She started dancing at the age of three, and she never stopped. In her as yet relatively short career, she has received many awards and shared the limelight with a host of other great dancers, including Israel Galván, María Pagés, Belén Maya and Merché Esmeralda. The career of the young dancer from Málaga has seen a meteoric rise both in flamenco circles and beyond. Mikhail Baryshnikov literally threw himself at her feet in New York.

Molina has internalised the flamenco tradition in a highly individual and original way.
Her new performance 'Afectos' is an intimate and daring search for the essence of dance and of human existence that she undertakes with fellow travellers singer Rosario La Tremendita and bass player Pablo Martín. 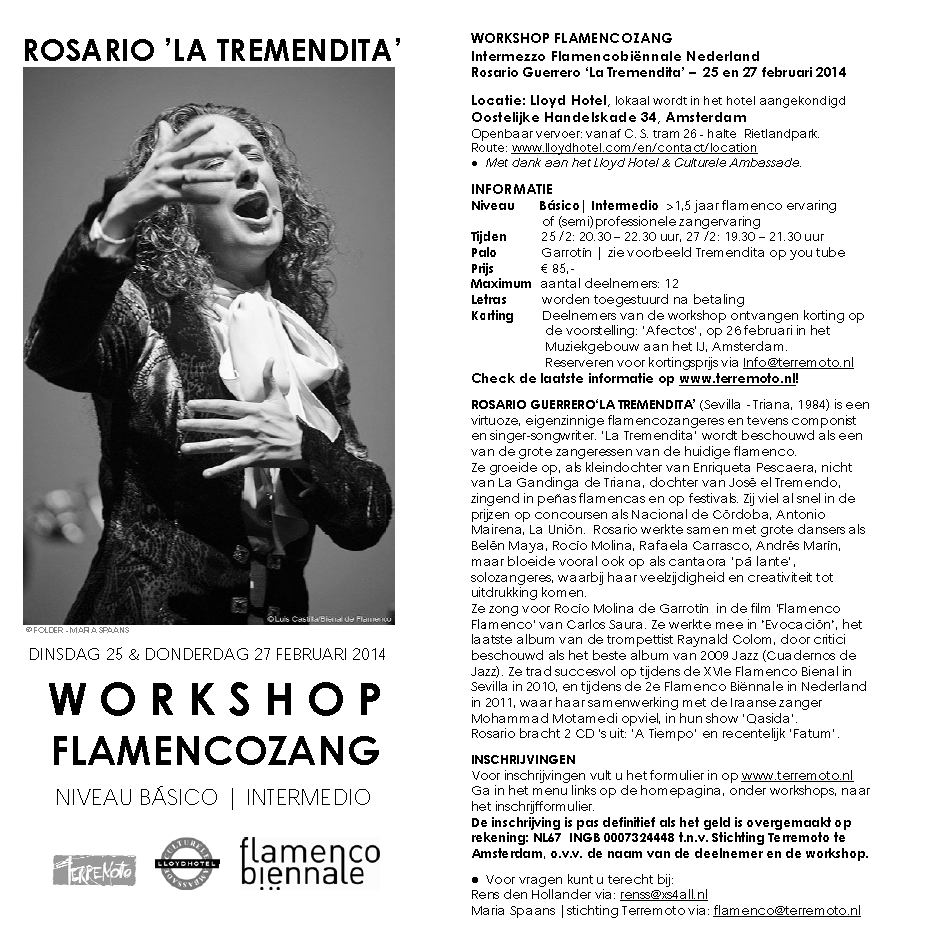