A voice that moves ‘crisscross through the soul’

Singer Marina Heredia (1980) is seen in flamenco circles as a golden promise for the future. Her voice moves, in the words of the Spanish poet Frederico García Lorca, ‘crisscross through the soul’. Siding with her on this occasion the promising guitarists José Quevedo ‘El Bola’ and Diego del Morao, son and successor to the great Moraíto Chico. And as a special guest her own father: Jaime el Parrón. Heredia sings in her own rhythm and her own pace. A mi tiempo is the title of her fourth album (2013). The flamenco diva from the Spanish city of Granada, like her male contemporary and colleague Miguel Poveda, delves deeply into the flamenco tradition. She has received several prizes in recognition of this.

Read here an article about Marina Heredia at Mixedworldmusic.com (in Dutch). 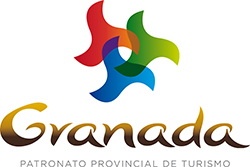